So looking at my last couple of posts, before I went on my crazy hiatus, I mentioned that I had recently gone on a long overseas holiday and would share all the excitement with you... And then I disappeared and never told you all about the fun and frivolities!! This si a quilting free post, so heads up form the beginning that this is just my way of having a total brag about my amazing holiday ;-)

Ashley and I were given 2 weeks of accommodation in London in June 2015. All we had to do was get there.  And we figured, if we're going all that way (36 hour flight, you hearing me) we should stay and see the country and explore.  So we took 5 weeks off work and heading to the other side of the world.

(prepare yourself for photo overload - this was the holiday of a lifetime!)

We arrived in London and spent our first 2 weeks in Kensington (oh wee, super fancy!).  It was amazing!! I could live there forever!! We went through Kensington Palace, strolled through the Gardens, rode through Hyde Park, visited the Sherlock Holmes museum, went to Portobello Road Markets, did the Tower of London, saw the Tower Bridge open, went out to Greenwich, saw Buckingham Palace (form the outside), Hampton Court, St Pauls... the only thing on the list that I didn't see was Westminster, but we squeezed so much in, while also relaxing and reading and enjoying the beautiful weather and just being there. 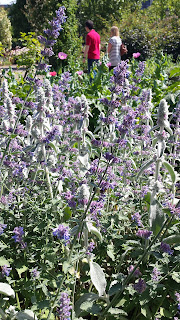 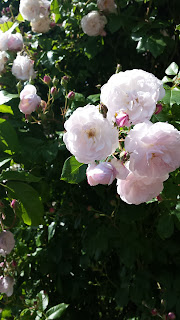 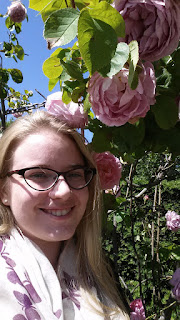 Once our 2 weeks in town was up, we hired a car and hit the road.  We drove west and got to Bath in a day, but did a little detour and ended up staying in Bradford Upon Avon (so cute, and the fanciest of all our hotels for the trip). Then we went North. We went through Wales, saw the Forest of Dean, up through Snowdonia (super lovely, one of our favourite places on the whole trip), then trough Carlisle and across the border into Gretna Green, after stopping to see Hadrian's Wall. We went to Loch Lomond (where I sang all the songs I could remember from Brigadoon, and then did the Isle of Skye (where we saw the hairy cows). Then traveled North and stayed at Inverness, and then circled Loch Ness before hitting the Whiskey trial through the Cairngorns. We spent a night in Aberdeen before heading south, checking in at Balmoral, then driving on to see Edinburgh.

From Edinburgh we headed south and did a super quick drive through the Lakes District, then went west and drove through the Moors and spent the night in Whitby (where we had fish and chips and played arcade games, like it was 1995, and also turned the ruined Abbey Abbey. Then we headed into York, and from there went through the Peaks district. We saw Pemberly (or in real life, Chatsworth House) and . Then I made Ashley detour to see Bradgate Park, because it's in a book I read as a little girl.

We also drove through Oxford, and Straford Upon-Avon, and when I saw "drove through" I mean we literally didn't even stop the car. And then we headed back into London.  And that was our 2 weeks of seeing the countryside.  Yes, that's right. We saw all of Scotland, Wales and England in 2 weeks.  We did something like 3,500km. And I know there is so much more to see, and I would go again in a heartbeat and see so much more, but we got some value out of that trip.

We spent 3 days in London staying with my best friend who had recently moved over. Including a day trip to Brighton and a trip to the theater (Book of Mormon was amazing) and then we hopped on a plane and headed home.

Was it amazing? Absolutely!!! Did we come home exhausted? Absolutely!  But was it totally worth it? ABSOLUTELY!!!!! And I would do it again in a heartbeat.

I had big plans for meeting all my favourite quilters who I know from the internets, and I did get to go to a London MQG meeting which was great (they taught me how to use instagram, so worth it for that alone.  The fact that they were all super lovely and made beautiful things was a total bonus) (also, you should come hang with me on instagram, I'm much better at updating over there than I am here ;-) ) but that was the only quilty thing I got to do while we were there, and I missed out on seeing one of my favourite internet quilty peeps, who I had partway organised to see, and then with our hectic driving schedule, and the fact that we had no idea where were going to be from one day to another, fell through.

That that was out epic adventure (more photos can be found under #thequinnsepicadventure lol).