Swoon over my Swoon 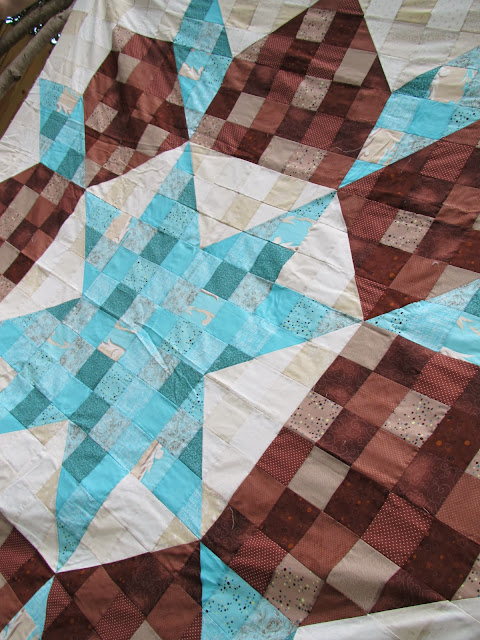 I have another finished top to share with you. I finished a few weeks ago, but haven't had a chance to take photos until yesterday. But I love this quilt. And by that I mean I love, love, love this quilt. Not that it's a quilt yet - it's still just patchwork, but it will be a quit and the piecing took forever so I'm celebrating :-)

I have slaved over this thing for months. Admittedly, I did slack off for a while in the middle, but I'm still counting that as time spent making. :-) 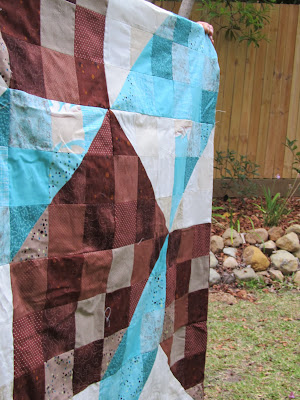 There were so many darn seams to line up, it just about did my head in. Some of them line up perfectly... Others... not so much. 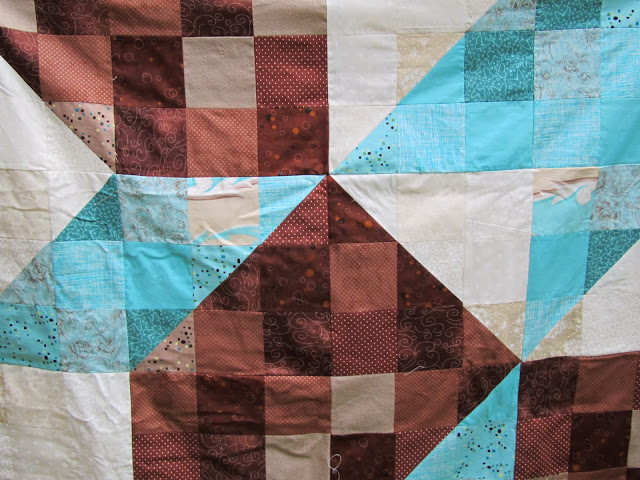 The quilt a long for this project was finished months ago, but I have been A LOT slower than anybody else.  I honestly don't know how some of these quilters do it!! I'm a little lot jealous.  But I kept plugging away and got there in the end :-). 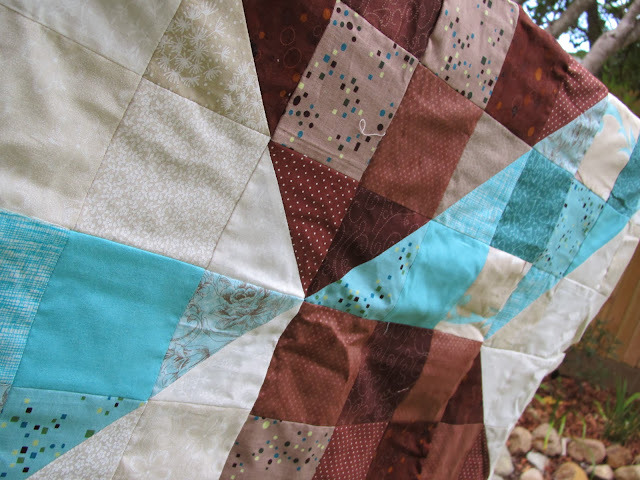 My biggest battle was a tiny rust spot (from the iron) on one white square... I tried to convince myself that it was barley noticeable, but in the end, I had to go in and unpick it. This was a bit of a mission, but I'm glad I did. Now all the creamy-ness is unmarred, and I'm so happy. I know if I had left it, it would be all I'd have seen when I looked at it. And as its for my bed, I wanted to only have the good. And now I do! :-) 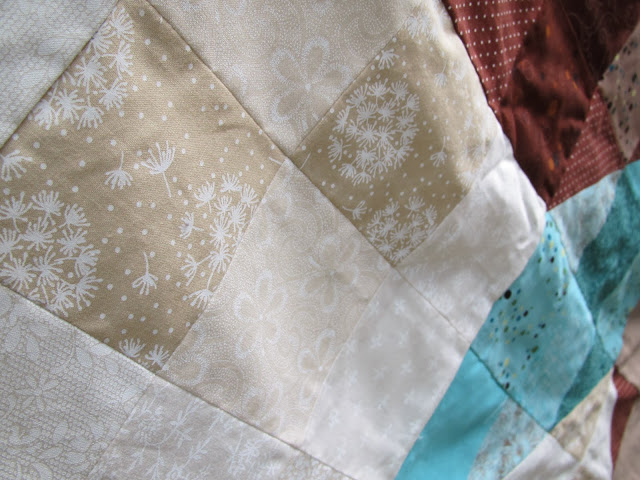 I have been working on this since about January.  I fell in and out of love. There were times when I cursed the idea of 3 inch squares.  Some days I would look at the colours and think I had made a terrible mistake. Other days, I knew this quilt was going to be my pride and joy and would live on my bed forever.


And now, months after everybody else has finished, I too have finished the Giant Swoon.


I'm pretty proud. This is the first proper quilt pattern I've ever followed. This is one of the biggest quilts I've ever made.  Even though it's just squares and hst's, it's definitely the most intricate quilt I've ever made.


I absolutely love her. 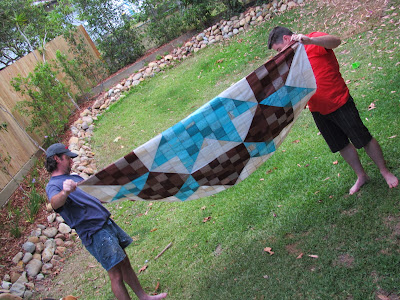 Linked up to House Of Rose and Stitch by Stitch
Labels: swoon