In an attempt to be better at keeping the blog up to date with what I'm making in real time (rather than when I get around to taking the pretty finished photos), I'm going to try to do a weekly WIP.  All photos from my phone as I work, so the lighting will almost certainly be off, and if I got zero sewing done, then there will be zero post. trying to make the rules for myself as relaxed as possible ;-)

I have sat with my Christmas Penny on my lap... I might have added 3 stitches... It's a pain to hand quilt this because it's really stiff, but I just want it done! And I think I have conned myself into doing it with a cross hatch, which means even when I finish, I have to turn around and do the same again!! Who's idea was this?? ...That's right, mine :-/ 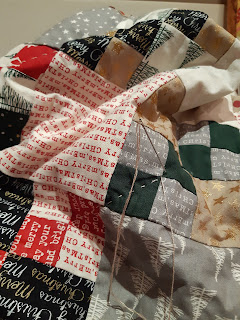 I started cutting out a new quilt, because I am an addict. Pink and flowers and linen (look)... oh my! This will either be glorious or completely over rated! 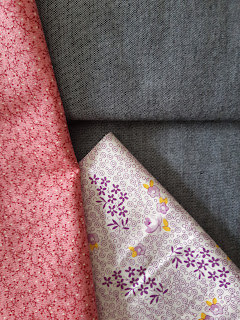 I worked a little on the latest Round Robin project. 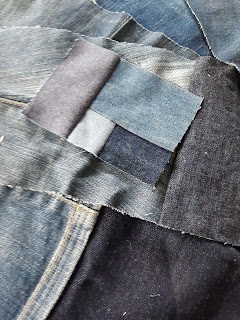 I did some EPP hexies. Originally started to be part of the Kingfischer sew-along, now I'm just making flowers as the mood strikes me (and as I attend conferences/meetings that involve a lot of sitting and listening). 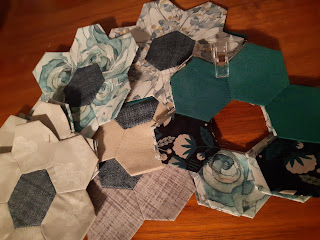 And I started winding embroidery floss.  Despite a lot of embroiders I follow recently saying they were going to stop doing this I decided to start.  It's just so much prettier and neater and easier to see what colours I actually have, rather than constantly buying double ups. It's already clear to me that I need more yellow and true red and less blues (there are so many blues). 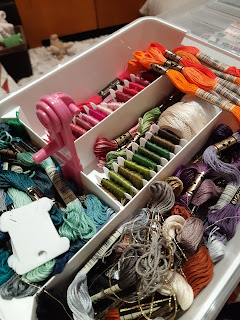 So that's what the last week looked like in my house.  Nothing exciting enough to justify an actual post, but some genuine sewing got done, I swear!